Kelp Wanted: Eat Seaweed to Save the World 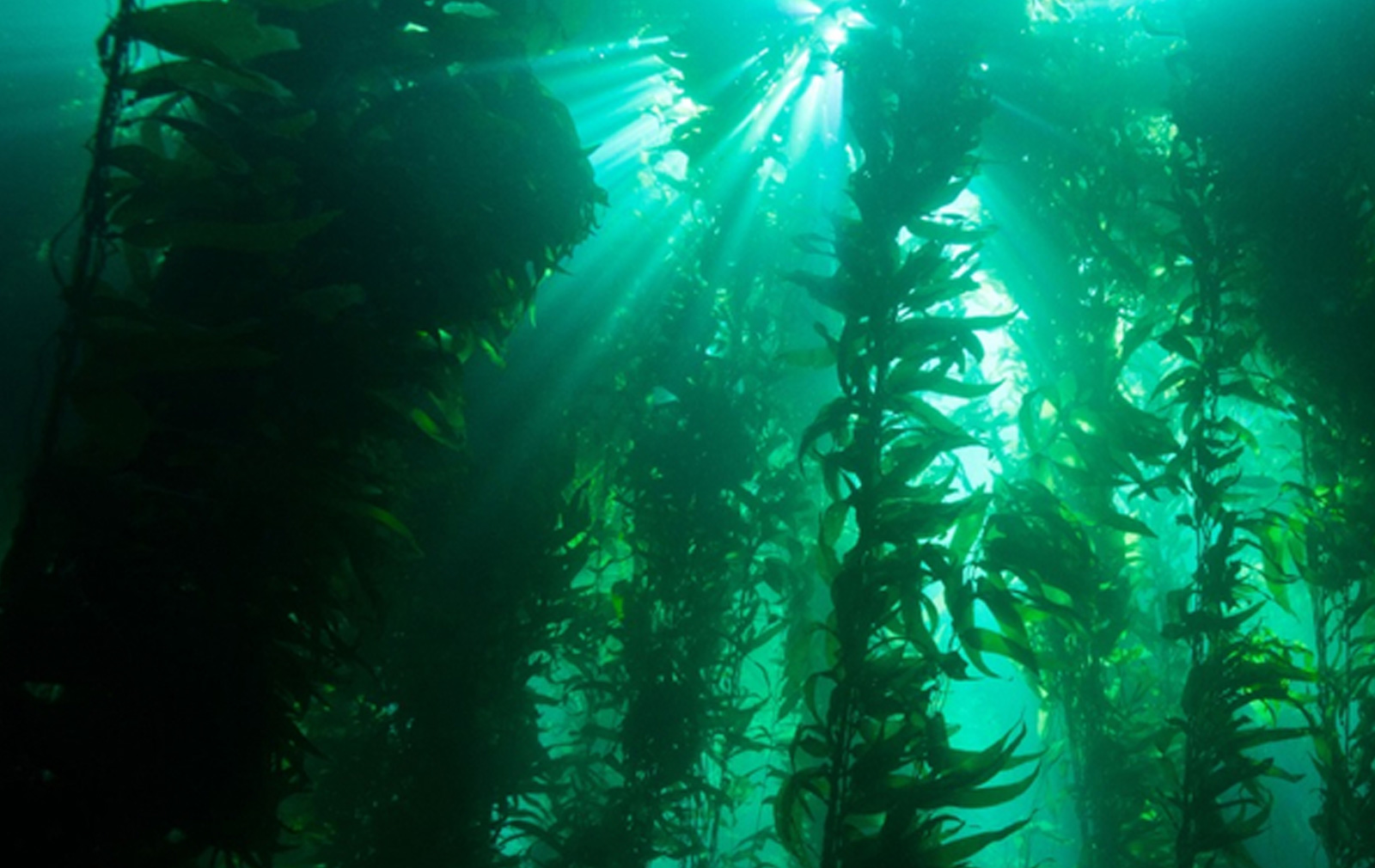 It’s a warm day. Actually, it’s a hot day that’s hotter than it should be because of climate change. You escape the heat by exploring a nearby forest that hasn’t burned down yet. It’s full of life here, with a higher diversity of plants and animals than almost any other place like it. You notice the rays of sunlight streaking through, surprised to see that some of the plants around you are taller than you first thought. Their stalks reach almost 100 feet towards the sky, and their leaves sway in slow motion. The atmosphere is cool and heavy around you.

Here in the depths of such an impressive place, climate change and forest fires are the furthest thing from your mind. But maybe that’s because you’re underwater.

Growing kelp forests has been identified as a fireproof way to fight climate change while feeding our growing planet. According to the World Bank, in just 30 years we will need to produce 50-70 percent more food to feed three billion more people amid some of the most extreme weather conditions experienced by mankind —and farming more land isn’t an option.

We’ve already converted 50 percent of the world’s vegetated land to agriculture, and using more would mean cutting down forests double the size of India.  And we don’t want to do that because of… well, climate change. To get the amount of land we rely on for agriculture today, we’ve destroyed an unimaginable amount of forests and tallgrass prairies around the world. In the past 10 years, we’ve destroyed so much of the Amazon Rainforest that it’s actually released more carbon than it’s absorbed. The Amazon contains about half of the world’s tropical rainforests and is so large that it’s roughly the size of the contiguous United States. And because of us, it’s releasing carbon instead of absorbing it.

Of the land that we do use, most of it has been intensively farmed to (somewhat) feed our existing 7.9 billion people. Such hasty industrialization of agriculture has completely drained the soil of nutrients. But instead of examining our questionable agricultural practices, we’ve turned to massive applications of fertilizers and pesticides and herbicides that have detrimental effects on humans and our surrounding ecosystems. For the sake of the soil, our safety, and saving our remaining forests and prairies from destruction, we can’t afford to farm our existing land any harder than we already have —and we have to reduce emissions.

So how do we feed billions more people, without using more land, and somehow also reduce our emissions? 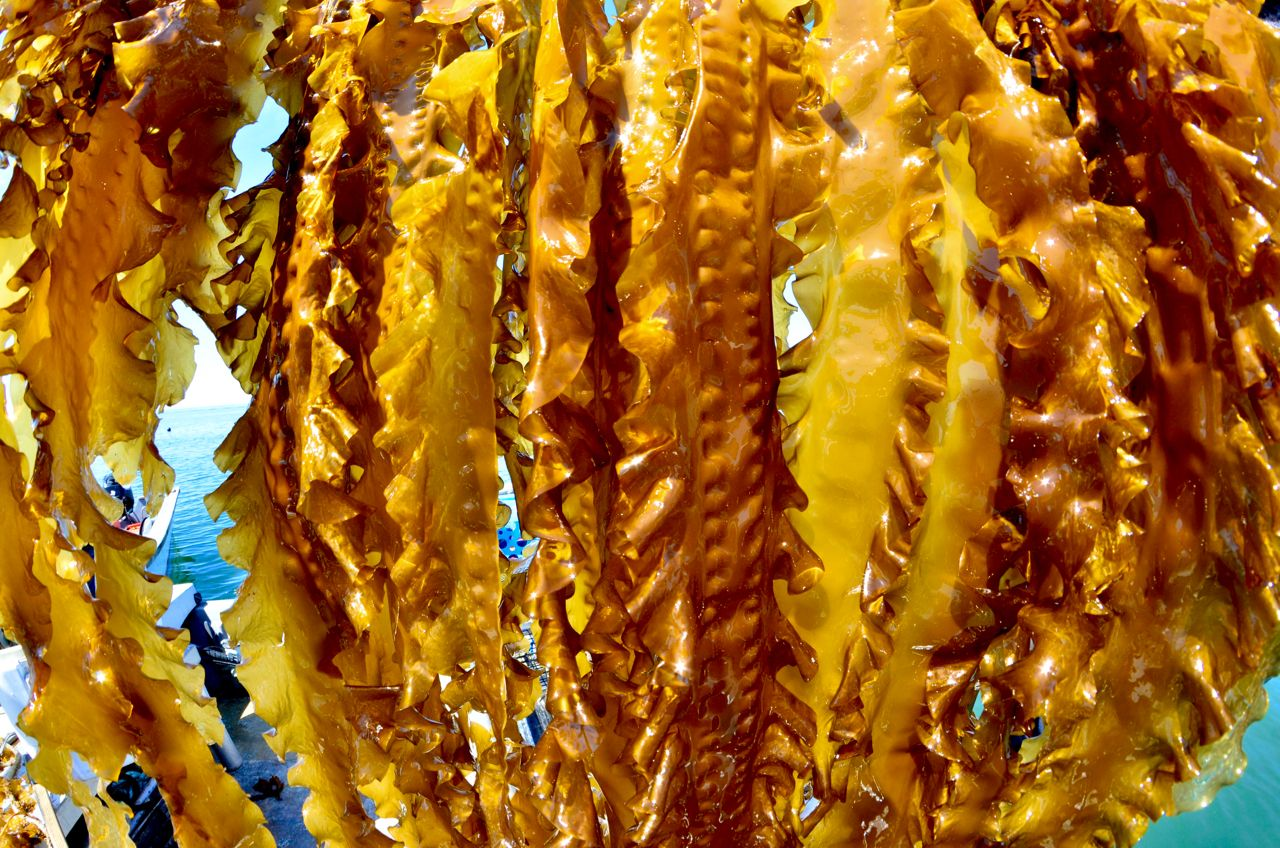 Kelp. Seaweed. Whichever you want to call it.  Only 2 percent of global food production currently comes from the oceans, yet they cover 70% of our planet.  Growing food in the ocean might seem strange, but it’s an emerging idea that’s becoming increasingly necessary.

Much like our remaining forests on land, kelp uses carbon dioxide from the environment to grow, but instead of pulling carbon dioxide from the air like trees and other plants do, kelp pulls it from the ocean. This is especially important because out of all the carbon dioxide we release into the atmosphere, the ocean absorbs 30 percent of it. Because there’s so much extra carbon dioxide in our oceans, we’ve increased its acidity, making it difficult for oysters, clams, sea urchins, coral, and plankton to grow. By farming kelp across just 3.8 percent of the California coast, we could neutralize all of the emissions from the state’s $50 billion agriculture industry, the largest agriculture industry in the United States. Farming kelp reduces our global emissions, de-acidifies our oceans, and rebuilds marine ecosystems along the way.

Beyond carbon dioxide, kelp also uses nitrogen to grow, which means that it can save the sea from another problem caused by humans — nitrogen pollution. Runoff from nitrogen-containing fertilizers used by the agriculture industry has triggered the emergence of a mostly man-made phenomenon called dead zones.

Dead zones are exactly what they sound like, areas of water that are, well, dead.  When too much nitrogen enters the ocean, it causes excessive algae blooms that deplete the amount of oxygen in the water. Without enough oxygen, most of the existing aquatic life dies and surviving populations suffer from reproductive problems. Every year, runoff from agriculture along the Mississippi River Basin creates the United States’ largest dead zone in the Gulf of Mexico. Fortunately, dead zones can be reversed if their cause is eliminated — and that’s where kelp comes in.

By reaching a global production of 500 million tons of seaweed, we could remove over 10 million tons of nitrogen from the ocean. That’s about 30 percent of the nitrogen estimated to have entered the ocean at all. This would significantly reduce, if not eliminate, dead zones and their destruction on aquatic life. Although kelp farming could save us from our impending food and climate crises, the current demand for it is too small to make an impact. While some Asian cultures have been eating seaweed for more than 2,500 years, consumption in Western countries has been restricted to a few scattered coastal areas. Globally, over 99 percent of seaweed is grown in Asia because that’s where it’s historically been eaten. But as the number of seaweed farms in the United States is growing, so is our demand.

A 2019 study on the opportunities and challenges of seaweed farming in the United States determined that in order for seaweed farming to succeed, seaweed consumption must be socially accepted,  whether through emphasizing its environmental benefits or by diversifying its food products . Here in the United States, we eat it wrapped around our sushi, in miso soup, and as seaweed snacks. Disguised as carrageenan, it’s in the ice cream we lick on hot summer days, and in hot dogs we eat at baseball games. But if we want to support the most sustainable form of food production on the planet, if we want any chance of restoring our oceans, it’s not enough. We need to eat more seaweed.

To dip your toes in the ocean of seaweed snacking possibilities, dip your tortilla chips in this kelp salsa or snack on this salt & vinegar seaweed popcorn. Maybe a blend of aromatic teas and dried seaweed is more your cup of tea, so you sit down with a Cup of Sea. Or maybe you want to get your hands in the (sea)weeds, so you make this recipe for seaweed burgers at your next summer cookout and top them with these dill kelp pickles. 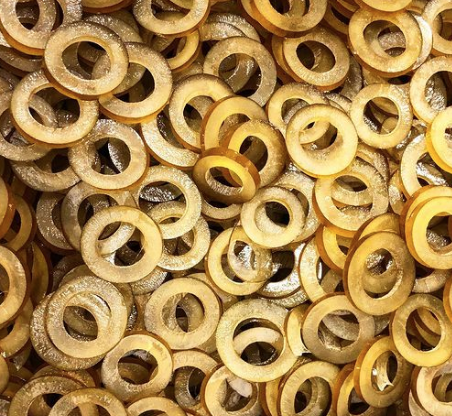 Growing kelp forests requires no inputs. No land, no freshwater, no feed, no fertilizer. There’s no way it can catch on fire and we can eat it.

Whether it’s salsa, popcorn, or pickles, eat more seaweed and save the world.

If you’d like to learn more about the environmental benefits of kelp, check out this two-part podcast by How to Save a Planet.  If you’d like to support companies investing in the future of  regenerative ocean farming, check out Greenwave. If you’d like to take matters into your own mouths, do what Slow Foodies do best and eat for change. Share pictures of your favorite seaweed products and recipes with us on Instagram.

Makala Bach is a graduate of the University of Wisconsin-Madison where she studied Food Science.